The frame goes up:
I actually ended up running out of 4-foot pallet 2×4’s and purchased approx. (20) bargain 2×4’s for a dollar each. They weren’t exactly straight, but for $20, it wasn’t bad. Notice the 2×6 and 2×8 headers. This was more free wood I got off of Craigslist.
There are two doors, one in the front and one in the back. In this photo, you can see the rough opening for the diamond-shaped window and the front door. The 2×4 at the bottom of the doorway was cut out later.

The 2×4’s, spliced together and ugly, are 15″ inches apart. This is because the siding will be 30″ pieces of 1×4, with a staggered vertical seam. If you need some help with basic framing, check out google– there are some great sites out there. Basically, though, you should worry about optimizing the material you have without sacrificing safety. The tarp was to keep everything dry until the roof went up.

I never imagined just what a pain in the butt it would be to splice (scab) the 4-foot 2×4’s together. The wood was really hard and overall it just was not fun. I gave up on anything being square almost immediately. Because I planned on siding the playhouse with the 30″ pallet 1×4’s and 1×6’s, each stud was placed 15″ on center, rather than 16″. This allowed me to stagger the vertical joints.

This header is most likely overkill, but I wanted a very large opening. Some day, when the kids outgrow this, it’ll be converted into a garage for a riding mower. This will give me a very large door! It is dimensional lumber (ie, it really is 2″ thick and 6″ wide, not 1.5″ and 5.5″). There are two pieces sandwiched together.

I built this little stand to hold the ridge beam. In most houses, the ridge board is just a place to nail the rafters to. They don’t hold weight. This was setup as a true beam to help bear some of the roof”s weight. I got the beam from a guy on – wait for it – Craigslist. He gave me a bunch of old dimensional boards he tore out of his attic.

There are a number of web sites with rafter calculators out there, so I won’t go in to measurements. I spaced the rafters evenly, at 16″, because I planned on using regular old OSB plywood. You’ll notice that there is a two foot overhang attached to the main roof. I also put joists in the deck. The fascia is a ten foot board that helps to hold the over hang. As you can see, the windows are in. I made sure they were square.

Image Notes
1. 10-foot 2×4, set up as fascia.
2. two foot overhang
3. deck joists– some of these are oak. Make sure you drill pilot holes for any nails when you use this stuff. 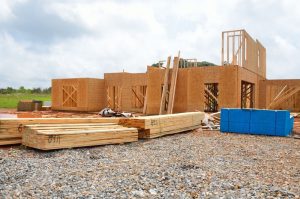 Building? Which insulation is best for you? 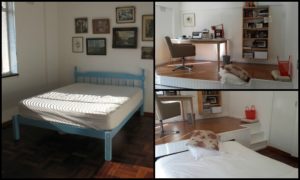 Maximize bedroom space by building a bed under platform! 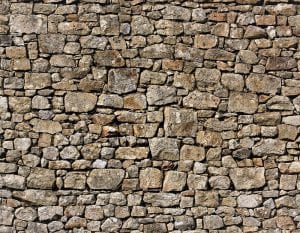 From three weeks to three years… a paving story 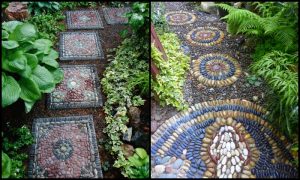 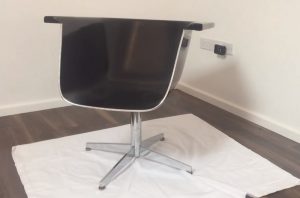 How to Turn a Bath Tub into a Chair 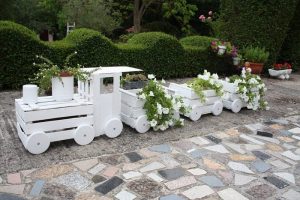 Decorate your yard with a train planter made from old crates!